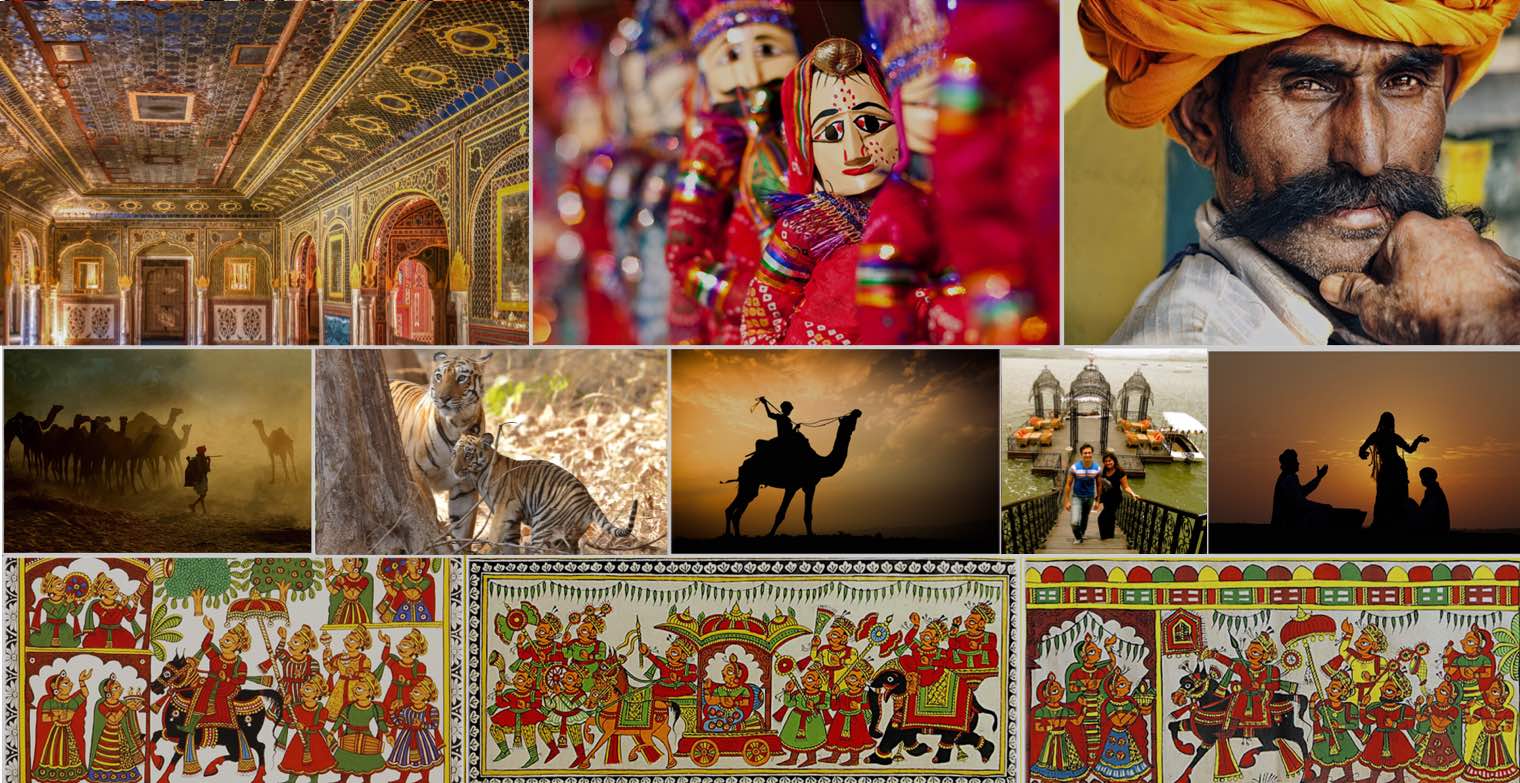 Rajasthan is bisected by the Aravalli hills, dividing it into distinct landscapes, each bearing eloquent testimony of its rich culture with profound architecture, exemplary bravery and debonair lifestyles of Rajputs. Those looking for the taste of its majestic lifestyle, making every allowance for the exaggeration of its rich history, think no further.

On arrival at Indira Gandhi International airport, meet & greet by our representative & get transfer to the hotel for check-in. Overnight stay at the hotel.

New Delhi:  The capital and the third largest city of India is a fusion of the ancient and the modern era. Standing along the west End of Gangetic Plain, the capital city, Delhi unwinds with culture, architecture and human diversity, deep in history, monuments, museums, galleries, gardens and exotic shows. Comprising of two contrasting yet harmonious parts, the Old Delhi and New Delhi, the city is a travel hub of Northern India.

Delhi is a palimpsest, bearing the complexities, the contradictions, the beauty and the dynamism of a city where the past coexists with the present. Many dynasties ruled from here and the city is rich in the architecture of its monuments. Diverse cultural elements absorbed into the daily life of the city, have enriched its character.

After breakfast at hotel drive (05 hrs approx) to Mandawa, arrive & check-in to the hotel. Rest of the day visit Havelis in and around Mandawa. Overnight at hotel.

Mandawa: Founded in the mid 18th century Mandawa skyline today is dominated by an imposing fort, now a heritage hotel that is maintained in classic medieval style with modern luxuries. The archway is painted with interesting forms of Lord Krishna and his cowherds. The sprawling architecture houses different themes in different wings. Mandawa is famous for its Havelis (mansion) built by rich merchants of the region, display a unique architectural style. The Havelis, painted predominantly in blue, maroon, yellow, green and indigo have beautiful wall paintings that adorn their walls.

After breakfast at hotel drive (05 hrs approx) to Bikaner, arrive & check-in to the hotel. Afternoon visit Junagarh (an unassailable fortress, which had never been conquered), Lallgarh Palace (an architectural masterpiece in red sandstone). Overnight at hotel.

Bikaner: Lying in the north of the desert State, the city is dotted with scores of sand dunes. Bikaner retains the medieval grandeur that permeates the city's lifestyle. More readily called the camel country, the city is distinguished for the best riding camels in the world and hence boasts of having one of the largest Camel Research and Breeding farms in the world. The ship of the desert is an inseparable part of life here. A camel besides being a mode of transport, also works on wells. These are built on high plinths with slender minarets on each of the four corners and can be noticed even from a distance.

After breakfast at hotel drive (07 hrs approx) to Jaisalmer, arrive & check-in to hotel. Overnight at hotel.

Jaisalmer: The name Jaisalmer evokes utter magic and vibrancy of the desert. It’s straight out of an Arabian Nights fable. The hostile terrain notwithstanding the warmth and color of people is simply overwhelming. One of the main draws is the daunting 12th century Jaisalmer Fort. The beautiful havelis which were built by wealthy merchants of Jaisalmer are yet another interesting aspect of the desert city. And you can let your eyes caress the sloping sand dunes while you ramble your way in a camel safari. The desert citadel is truly a golden fantasy in the Thar Desert. Bhati Rajput ruler Rawal Jaisal, after whom the city finds its name, founded Jaisalmer in 1156 AD.

After breakfast at hotel proceed for half day city tour of Jaisalmer, includes visit to Jaisalmer Fort, known as Sonar Quila or the Golden fort, rises from the sand and merges with the golden hues of the desert ambience, also visit Government Museum, another prime attraction for the visitors to Jaisalmer.

Afternoon enjoy Camel ride at Khuri. Khuri is renowned for its sand dunes, the waves of golden sand. The Jodha Rajputs live here and even today you can see the stamp of Rajput culture in them. Overnight at hotel.

After breakfast at hotel leave (06 hrs approx drive) for Jodhpur en-route visit Osian, the ancient town of the Thar Desert was a great trading center between 8th to 12th centuries AD. Today it is a desert oasis with 16 Brahamanical and Jain temples. These are beautifully sculpted and designed, and most of them have stood the ravages of time.

Arrival Jodhpur & check-in to hotel.  Afternoon half day city tour of Jodhpur includes visit to Meharangarh Fort, one of the largest forts in India, situated 410 feet above the city and built by Rao Jodha around 1460. You will visit beautifully crafted and decorated palaces including Moti Mahal (Pearl Palace), Phool Palace (Flower Palace) and Sheesha Mahal (Mirror Palace).

Then you will move to visit Jaswant Thada, an imposing Marble Memorium built in 1899 By Maharaja Sardar Singh in memory of his father Maharaja Jaswant Singh.

Also visit the Umaid Bhawan Palace, one of the world’s largest private residences divided in to three functional parts – a Luxury hotel, Royal family’s residence and a Museum.

In the morning drive to Udaipur (06 hrs approx drive) en-route visit Ranakpur, beautifully sculptured Jain temples mark the glory of this renowned place. Considered as one of the five holy places for the Jain community, these were created in the 15th century during the reign of Rana Kumbha. These are enclosed within a wall. The central Chaumukha [four faced temple] is dedicated to Adinathji. The temple is an astounding creation of architectural splendor with 29 halls and 1,444 pillars all distinctly carved, no two pillars being alike. Every hall of temple has inconceivable surface carved with equal delicacy.

Udaipur: Maharana Udai Singh founded Udaipur in 1559 AD. According to a legend Udai Singh was guided by a holy man meditating on the hill near Pichola Lake to establish his capital on that very spot. Surrounded by Aravali Ranges, forests and lakes this place was less vulnerable to external invasion than Chittaurgarh.

Upon arrival in Udaipur check-in to the hotel. Overnight at hotel.

After breakfast at hotel you will be driven (07-8 hrs approx) to Jaipur and check-in to the hotel. Overnight at hotel.

Jaipur: . The city that once had been the capital of the royalty, now serves as the capital city of Rajasthan. The very structure of Jaipur resembles the taste of the Rajputs and the Royal family. In the present date, Jaipur is the major business centre for the natives of Rajasthan with all requisites of a metropolitan city. The city of Jaipur, painted in pink, grasp the appreciation of every visitor. One can see that hoary charm still alive in the avenues of Jaipur. Jaipur is the reservoir of Indian customs, traditions, civilization and legacy.

In the morning leave for Agra (06 hrs drive approx) en-route visit Fatehpur Sikri, 37 km west of Agra. Jalal-ud-din-Muhammad Akbar, Humanyun's son, accessed the throne at the tender age of 14 yrs. While hunting around Sikri, his curiosity was aroused by the songs of some minstrels about the celebrated Khwaja -Mu'inu'd-din Chisti, the founder of the Chisti order of SUFIS. Akbar, who was not having any child heard about Saint Salim Chisti and visited him in the year 1568. The saint blessed him with 3 sons and in gratitude Akbar ordered the great mosque of Fatehpur Sikri, built under his supervision. As a mark of respect to the saint, Akbar shifted his capital to Fatehpur Sikri and built various secular buildings like the Diwan-E-Aam, Diwan-E-Khas, Jodhabai palace, Birbal's house, Marian's house and the Panchmahal. On arrival at Agra check-in to hotel for overnight stay.

After breakfast at hotel move out for the sightseeing tour of the magnificent Taj Mahal and Agra Fort.

After breakfast at hotel drive to Delhi en-route visit Sikandra.

Sikandra: The Mughal Emperor Akbar is buried in the small village on the outskirts of Agra. It is believed that Akbar designed and started the construction of his own mausoleum, which was modified and completed by his son Jahangir. The result is this impressive, perfectly symmetrical complex, with the tomb located in the centre of a vast walled garden. The main gateway, to the south, is a magnificent red sandstone structure with a colossal central arch, finished with an exuberant polychrome mosaic of inlaid white marble, black slate and coloured stone.

On arrival at Delhi, you will be connected to airport to board on flight for onwards destination. 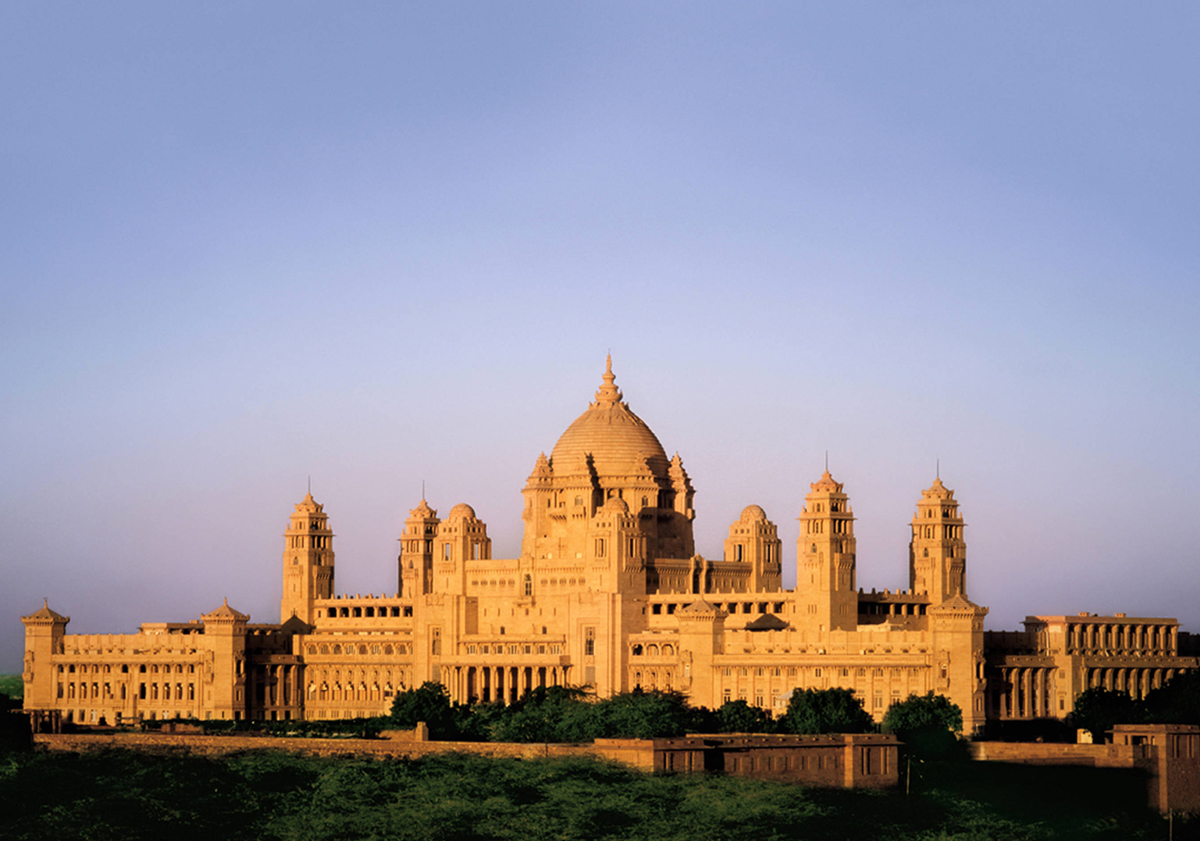 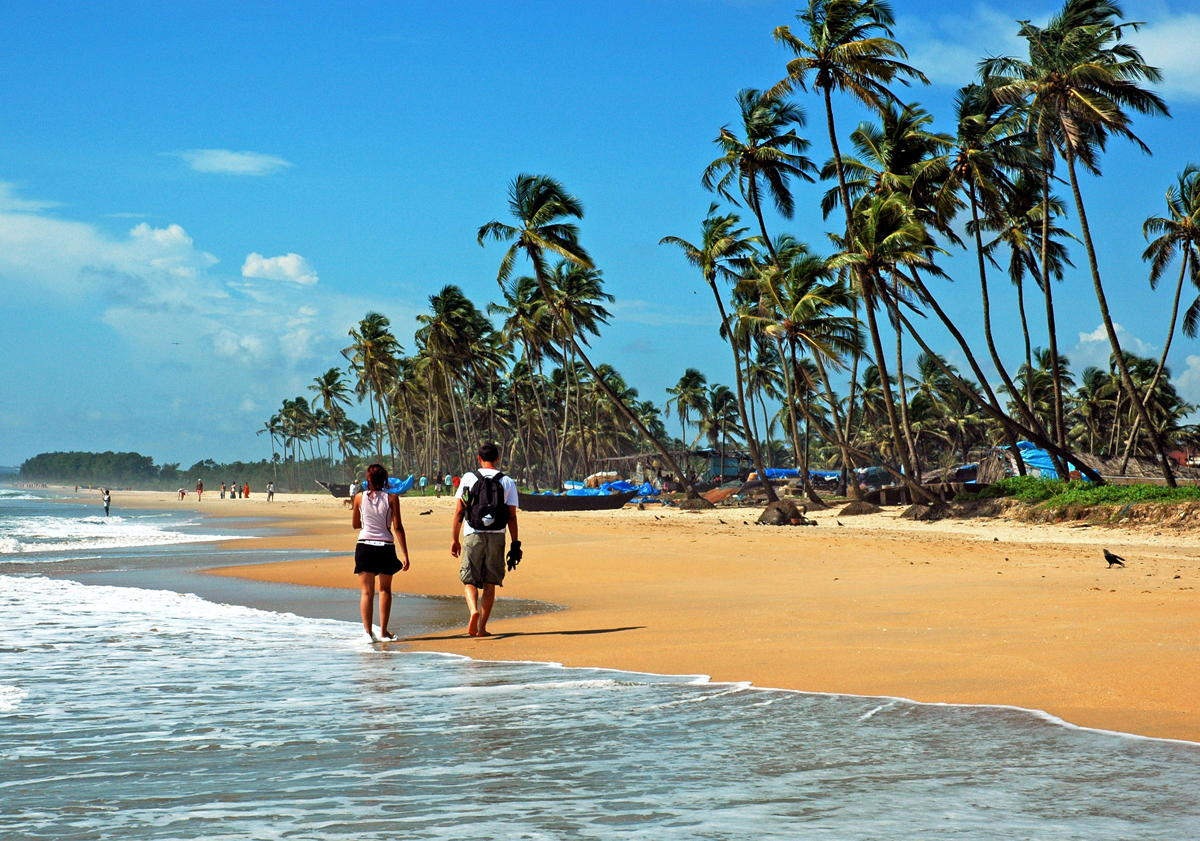 13 Days Heritage of Rajasthan with Goa 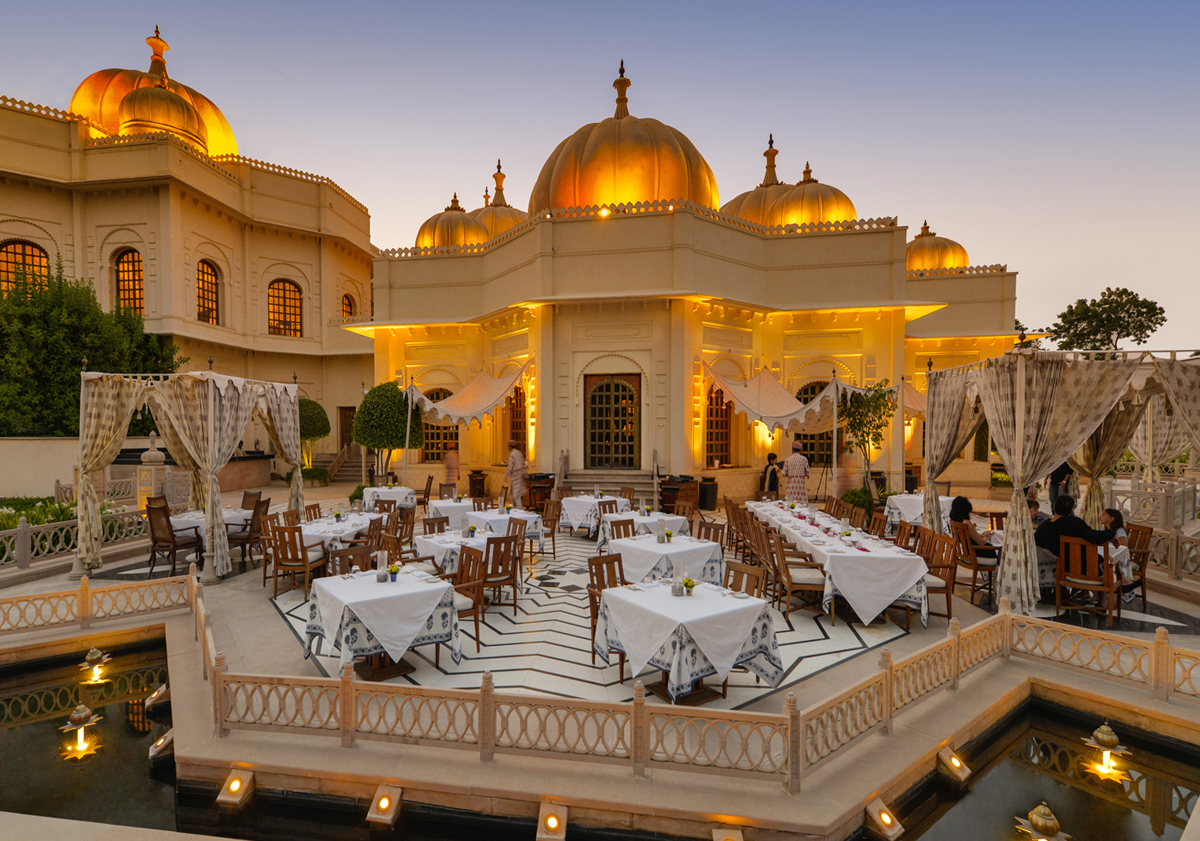 Welcome to the land proud of its splendid beauty in the natural world - Rajasthan. Experience the elegance of a bygone era of Mughal and Mewar rulers. 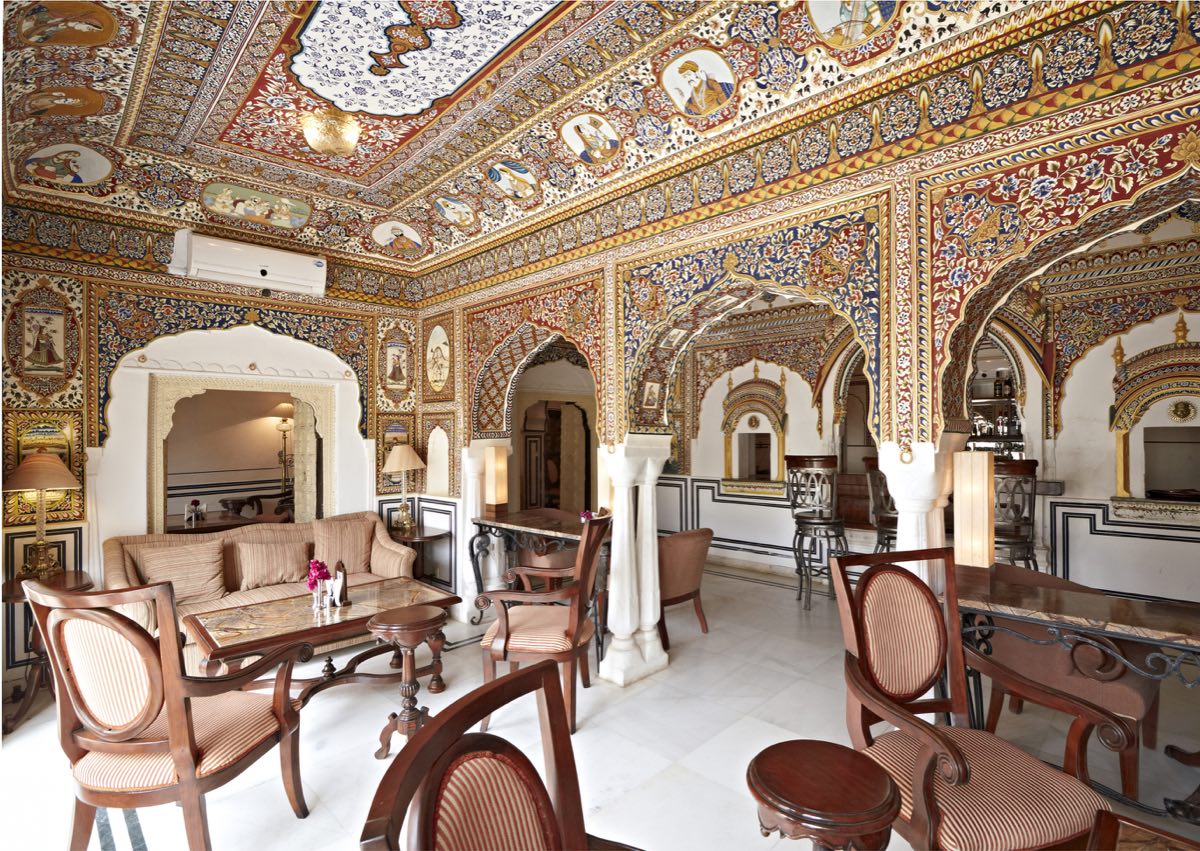 The magic of Rajasthan is unequalled in the world for its heritage which involves the great Rajput rulers, dynamic history as well as culture. 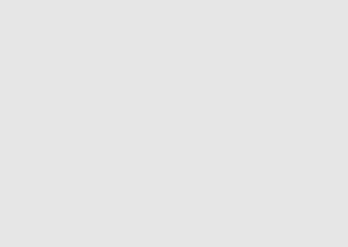