India is famous for its versatility and each place here offers unique experience. South India consists of several exciting destinations such as Chennai, Mahabalipuram, Kanchipuram, Cholamandalam, Alleppey, Kumarakom, Kovalam  Pondicherry, Mysore, Ooty and so on.

The destinations have unique things to offer to the travelers but one thing common among all of them is the warm hospitality that makes visitors to return.

Upon arrival at Chennai, meet and greet at the airport by our representative who will transfer you to the hotel for check-in.

Chennai: Earlier known as Madras, the capital city of Tamil Nadu is located on the Coromandel Coast off the Bay of Bengal. It is the fourth most populous metropolitan area and the fourth largest city in the country. Chennai is one of the four major metropolitan cities in India and one of the holiday destinations in the golden triangle of the Southern India. The city is situated on the shores of Bay of Bengal.

The small fishing village has turned into a beautiful city. Chennai perhaps is the most peaceful and green metropolis in India. Chennai has a number of attractions for the tourists to relish. The city has its fair share of forts and palaces reminding the tourists the glory of bygone eras along with the modern advancements. Most of the tourist attractions in the city do have a distinct colonial influence though the others are religious shrines.

In the morning leave for half day sightseeing tour. Your tour will comprise of the visit to the Kapaleeshwar Temple. The temple is dedicated to Lord Shiva and is the oldest temple in Chennai. It was constructed in the 13th century. The other important temple in the city is the Parthsarthy temple with Lord Krishna as the reigning deity. The temple reveals the architectural skills of the Dravidians. The main entrance facing east is painted in red, blue and yellow with mythological legends sculpted on the sanctum sanctorum.

Then visit to Fort St. George, the first English (later British) fortress, built in 1644 and now a museum displaying the city’s roots. The colonial influence can be seen at the Fort St. George. The fort was founded by Sir Day. The exterior of the fort has been done in gray granite. This is quiet in contrast with the decoration of the Mughal forts. This first piece of real estate that British owned in India housed barracks for the British army, a parade ground, and the oldest church of Chennai namely, St. Mary’s Church.

More than that the structures the city also has its natural beauty. One of the examples of the natural abundance in Chennai is the beautiful Marina beach.

Return to the hotel after sightseeing tour for overnight stay.

After breakfast at hotel you will be driven to Mamallapuram via visit Kanchipuram.

Kanchipuram is the ancient capital of the Pallavas famous as a city of 1000 temples and still has 124 shrines. The first temple dedicated to Lord Shiva was built in the 7th and 8th century and has paintings on the walls. Temple of Ekambaswara, Kailasanatha, Sri Kamakshi and Varadarajaswamy are of interest. Kanchipuram is also famous for silk products.

Then proceed to Mamallapuram. On arrival check-in to the hotel.

Afternoon leave for half day city tour of Mammalapuram includes visit to Shore Temple. It is believed that there were seven magnificent temples what are known as the seven pagodas, built near the sea share. But the lonely survivor is the shore temples; Arjuna’s Penance, This rock bas-relief was built by king Narasimha I. This rock is shaped like that of a huge wale. The sculpture is carved at the back portion of the whale shaped stone; the five Rathas is a set of magnificent monolithic rock temples. They are built in the shaper of pagodas and they look similar to that of the Buddhist shrines and monasteries. Rathas in English means chariots. These chariots are constructed with towers, multipillared halls, and sculptured walls which are chiseled out minutely. The Rathas have an association to the great epic Mahabharata which describes the heroes of Mahabharata with their wife Dhrupads which is termed as pancha pandava rathas.

After breakfast drive to Pondicherry. On arrival check-in to the hotel.

Later in this day visit Manakula Vinayagar Koil this temple is more than 300 years old and is dedicated to Lord Ganesha. It has a golden spire and walls portraying forty different forms of Ganesha; Varadaraja Perumal Temple, this is believed to be the oldest temple in town dating back to 600 AD. The temple built in the typical Dravidian style complete with brightly coloured ‘gopuram’ and sculpted pillars is probably the oldest standing structure in Pondicherry. Also visit Church of the Sacred Heart of Jesus, this white and brown neo-gothic church is one of Pondy’s finest Catholic churches. It was built by French missionaries in the 1700’s in a contrasting Neo-Gothic manner with towers flanking a central gable and stained glass windows on the side. The church has an imposing entrance and the beautiful stained glass panels depict incidents from Jesus Christ’s life. Any trip to Pondicherry would be incomplete without a visit to its beaches. Though it’s hot and muggy through most of the year, Pondicherry has four main beaches which are fairly popular with tourists. As opposed to the rest of India, the beaches here are relatively clean and not much crowded.

After breakfast at hotel you will be driven to Trichy via visiting Srirangam and Jambukeshwara temple in Thanjavur.

Then you will be driven to Trichy to check-in to the hotel for overnight stay.

In the morning you will leave for sightseeing tour of Trichy. After tour, you will be driven to Madurai, arrive and check-in to the hotel.

In the morning leave for half day Sightseeing tour of Madurai The most prominent tourist attraction in Madurai is the Meenakshi Amman Temple dedicated to Goddess Shakti or Meenakshi.It is one of the important centers of Hindu pilgrimage. The Meenakshi temple exemplifies the Dravidian architecture with gopurams (large gateways) and mandapams (multi-pillared halls) covered from top to bottom in an abundance of multi-coloured images of gods, goddesses, animals and mythical figures. Sree Meenakshi Temple- It is one of the most prominent among the temples of Madurai. It is dedicated to Lord Shiva who was known here as Sundareshvara and his wife Parvati or Meenakshi. This temple was built by Kulasekara Pandya and the most impressive feature of this temple is the 12 gopurams. It also has soaring towers that stand on the granite bases and have stucco figures of deities, mythical animals and monsters tinted in vibrant colors, Gandhi Museum: this is the most distinguished among the tourist attractions in Madurai and is a living memorial of Mahatma Gandhi.

This day you will leave for Rameshwaram, arrive and check-in to the hotel.

Rameshwaram: The island of Rameshwaram spreads out over a 56 km swell with gentle sand dunes, embellished with the delicacy of casuarinas trees and stark palms.  This is a sacred place for Hindus since according to Ramayana; this is where Rama worshipped Lord Shiva to absolve himself of the sin of killing Ravana. A dip into the sacred waters of the Agnitheertham which was calmed by Rama is a must for Hindus.  You will make a visit to temples with chauffeur.

This day depart for Kanyakumari, upon arrival check-in to the hotel.

Afternoon visit Kanyakumari the unique wodden palace of marthanda varma, suchindram temple dedicated to trinity and Akulam.  Kanyakumari an important pilgrim centre of India is famous for Amman temple-a symbol of unity and sanctity-dedicated to the virgin goddess,Kanyakumari, to its south-east lies the famous Vivekananda Rock Memorial, a blend of all the architectural styles of India. In the evening, you will witness the spectacular sunset. Overnight stay

After breakfast leave for Kovalam, located in south of Trivandrum.

Kovalam: Kovalam is one of the most beautiful beaches of the world. The surf here is ideal for surf-riding and the water invites the visitor to ride the Catamaran or Log, with the fisherman, or to take a cool swim. Nearby is the Beach Centre of aquatic sports. At the yoga and health centre, Yoga classes and transcendental meditation are held. Ayurvedic oil massages and oil bath are given by experts.

There are two main beaches at Kovalam, separated by a high cliff. It is finding a new significance in the light of several Ayurvedic salons, recuperation & regeneration resorts which provide a slew of Ayurveda. Upon arrival in Kovalam check-in to the hotel.

Breakfast at the hotel. Full day free to relax or you can pamper yourself with the famous Ayurvedic message. Overnight at hotel.

Morning head towards Alleppey and on arrival board the beautifully decorated houseboat to Alleppey.

Aleeppey: The coastal town of Alleppey on the Arabian Sea is the Venice of the east, for the numerous canals that meander through the town. Bathing in the backwaters on the Vemband Lake is refreshing. This town holds a thrilling event of snake-boat race every year in August. It is also known for its cashew nuts, coir trade, rice pepper crops & coconuts.

This morning you will depart for Cochin and upon arrival check-in to the hotel.

Then start your city tour with Mattancherry Palace also known as the Dutch Palace, check out the interiors of the palace that are decorated with the mural's from Ramayana and there are some lively displays of royal costumes and palanquins. Then proceed to the St. Francis Church built by the Portuguese in 1510 AD and is believed to be the oldest church built by the Europeans in India. Later visit Bolghatty Palace and Jewish Synagogue. In the evening, you will enjoy Kathakali dance show. Overnight at the hotel.

This day you will be driven to Ooty, upon arrival check-in to the hotel.

Ooty: Ooty also known as Udhagamandalam is the "Queen of hill stations" and the capital of Nilgiris district. It is one of the most popular tourist resorts in India. Nilgiris means "Blue Mountains". It is a land of picturesque picnic spots. Used to be popular summer and weekend getaway for the Britishers during the colonial days. It is situated at an altitude of 2,240 meters above sea level.

This morning leave for Mysore, upon arrival check-in to the hotel.

In the afternoon visit the palace of the Maharaja built in 1911-12. The palace is of harmonious syntheses of the Hindu and saracenic styles of architecture with archways, domes, turrets, colonnades and sculptures which are magnificent. Visit the Art Gallery; drive upto Chamundi hill to see Chamundeshwari temple and a panoramic view of Mysore

This day you will visit Belur and Halebid. Then you will be driven to Bangalore en-route visit Sravanbelgola.

Arrive Bangalore and check-in to the hotel for overnight stay.

Today leave for half day city tour of Bangalore. In this Garden City - visit the Lal Bagh with a variety of old trees, fountains, lotus pools, terraces & an assortment of tropical and sub-tropical herbs. Also see the Maharaja’s Palace & Government Buildings.  Afternoon at leisure. Overnight stay.

This day you will be transferred to the airport to board on flight for onwards destination.

Accommodation with breakfast; Deluxe houseboat on all meals;
Sightseeing tours as mentioned in the itinerary;
Air-conditioned private vehicle with chauffeur;
English speaking guide during sightseeing tour at selected places;
Meet and assist services on arrival / departure;
All parking,road taxes and driver allowances;
All applicable taxes and service charges 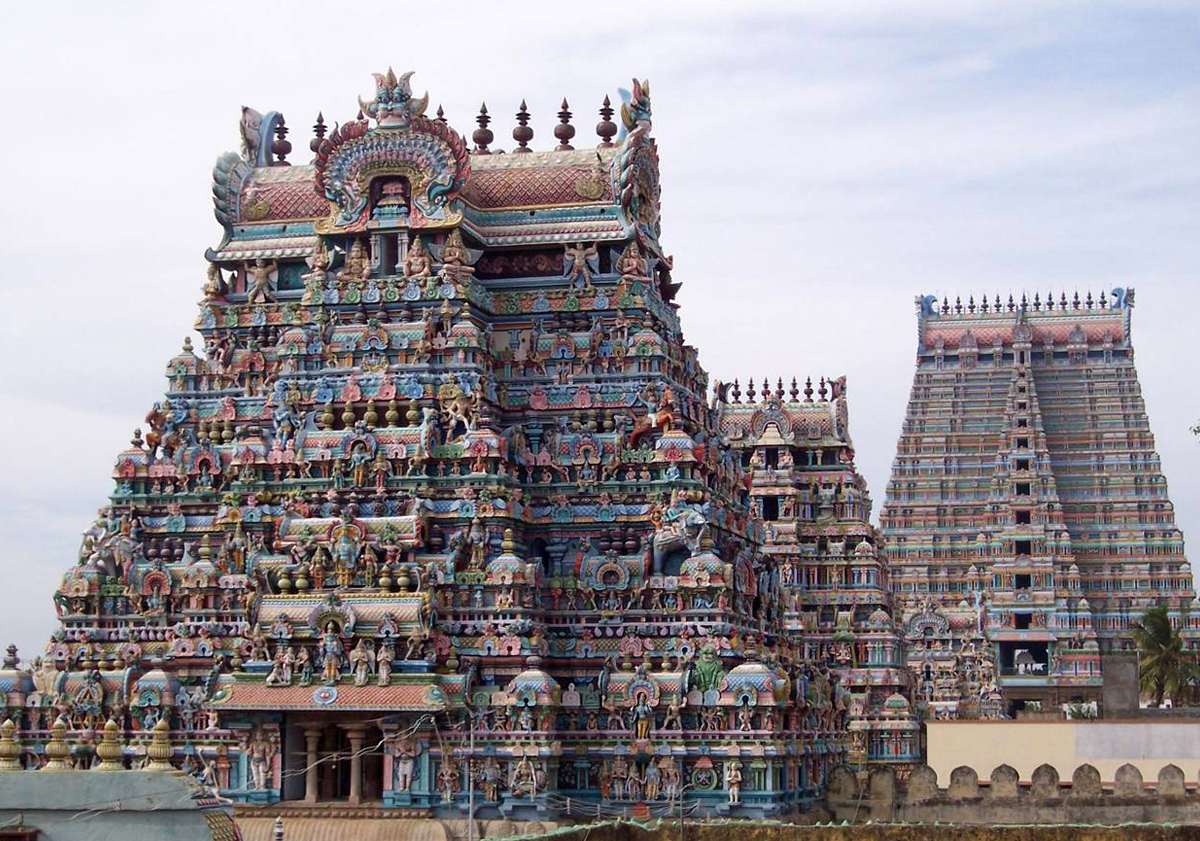 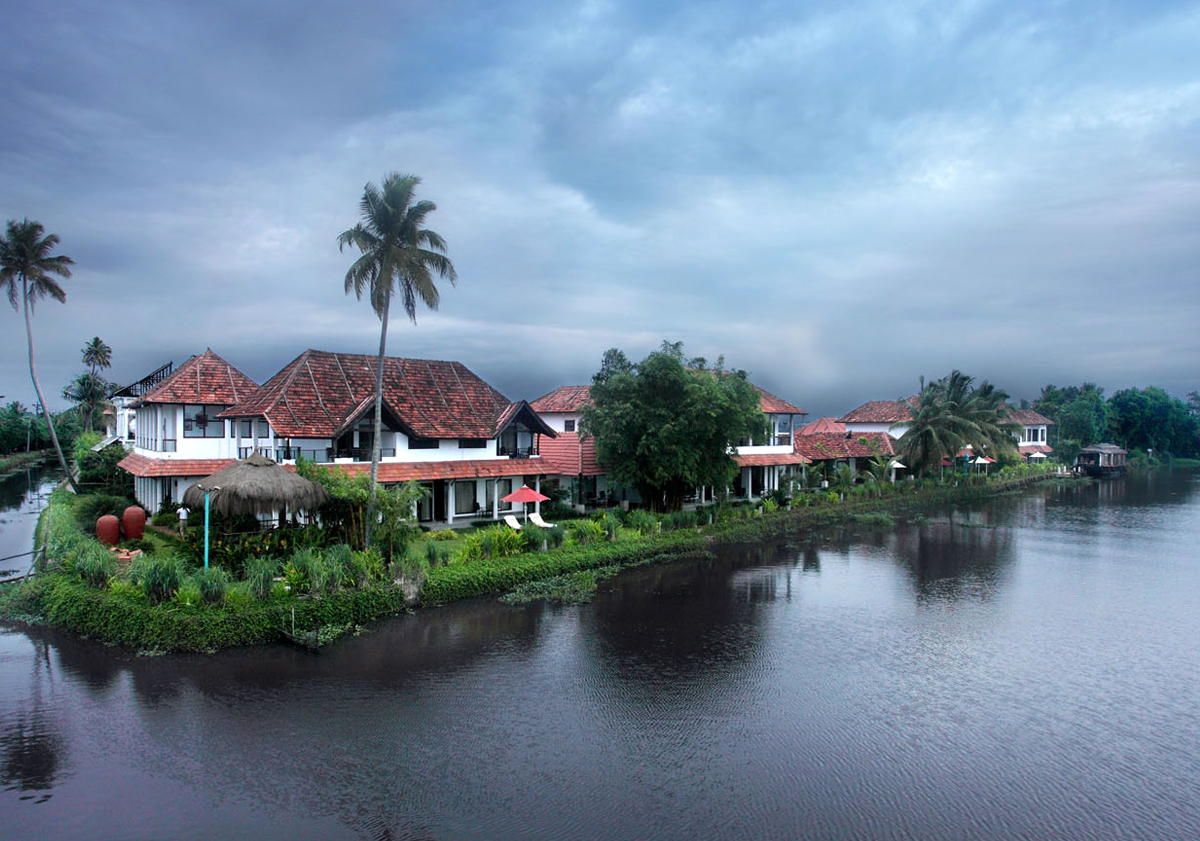 Kerala offers a large variety of destinations and locations which are unique place to gain life time memories as well as life time bonding for honeymoon couples.